It’s March 15th and as many of you know, Nanoha fans the world over are celebrating the birthday of the magical girl that Divine-Busted straight into our hearts. So let’s celebrate together. 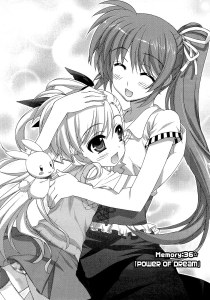 So how can you get your party on for the occasion. Well, why not get a cake? Maybe rewatch an episode or movie. Maybe sing her a happy birthday. Or maybe read the latest chapter of ViVid where Nanoha herself shows us the kind and caring mother she’s become over the years. Whatever you do, have a fantastic time.

Thanks to everyone on the ViVid Translations team for their hard work and thank you all for doing your part in making this world just a little more ViVid. 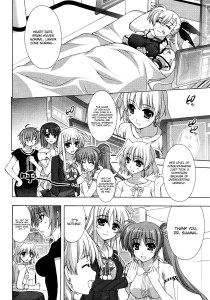 This entry was posted in Nanoha ViVid, Releases. Bookmark the permalink.